The FLAG “Costa degli Etruschi” is a Temporary Public Private Association with a specific “Constitution agreement”, created for the management of CLLD based Strategy in the some of the coastal areas of Tuscany Region.

The Association includes the following partners:

4. Municipality of Magliano in Toscana

Its relevant intervention territory includes most part of coastal areas in the province of Grosseto and Livorno. In this area, FLAG pursues the following objectives:

• Enhancing, creating jobs, attracting young people and promoting innovation at all stages of the fisheries and aquaculture chain;

• Supporting diversification, within or outside commercial fishing, lifelong learning and job creation in fishing and aquaculture areas;

• Improve and exploit the environmental heritage of fishing and aquaculture areas, including interventions aimed at mitigating climate change;

• Strengthen the role of fishing communities in local development and in the governance of local fishing resources and maritime activities.

F.A.R. Maremma is a consortium company with limited legal liability, according to art. 2615 ter of the Italian Civil Code.

The Leader intervention area of F.A.R. Maremma corresponds to the Grosseto District area.

San Leopoldo is a cooperative operating in the fishery and aquaculture sector. It deals with both professional fishing and other activities such as pesca-tourism, itti-tourism, and technical assistance

and scientific projects. It is made up of 5 working members and other members, graduates in various disciplines, such as Biology, Economics and Agricultural Sciences. 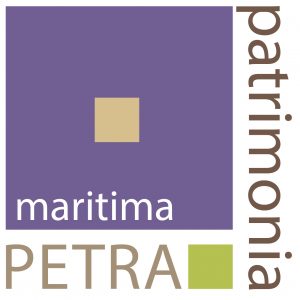 Petra Patrimonia Maritima is an Activity and Employment Cooperative, focused on jobs related to marine heritage.

It is the branch of Petra Patrimonia dedicated to the sea, recognized for its experience in supporting project owners in the launch of activities related to the building sector and landscape heritage (eco-construction and environment).

The cooperative is therefore aimed at those who wish to start their own business, but want to test the real feasibility, in a secure context, thanks to the CAPE State Contract (Business Projects Support Contract).

During or after the performance of the mentioned contract, if the feasibility of the project is demonstrated, the project manager can set up his own company or become a paid entrepreneur member and associate of the cooperative.

At the same time, Petra Maritima works in the field of local maritime development and project engineering, to meet the needs of the territory through the implementation of structured projects and exchange of good practices.

The Cooperative offer a legal framework including a VAT number and a SIRET number to the project owners, under a CAPE contract,  to start their activities.

They can also benefit from social security (URSAFF, ENIM …) and all the insurance necessary for the exercise of their activities, as well as support for training modules (management, legal aspects, financial aspects, marketing, risk management related to work, thematic workshops, etc.).

The administrative management, the accounting and management of tax and social obligations are delegated to Petra Maritima, so that the project owner can devote himself fully to the development of his business project.

Some fields of activity in which Petra Maritima intervenes:

Legambiente Toscana is the regional branch of Legambiente Onlus, environmental organization founded in 1980 by Italian ecologists and members of the anti-nuclear movement.

It is based in Florence, but develops its activities throughout the region,  coordinating  30 territorial groups and acting in the areas where a local supervision is absent.

It is a pacifist and non-partisan association, composed by free citizens who fight to improve the liveability of the environment and  to guarantee community health and respect for legality, encouraging the adoption of sustainable lifestyles and spreading the importance of volunteering and active citizenship.

Legambiente Toscana therefore develops awareness, training and education activities on environmental issues, aimed at citizens and students and characterized by a scientific approach: all the campaigns and initiatives carried out by the organization are based on solid scientific data and are accompanied by concrete, realistic and practicable proposals.

This modus operandi, combined with the ability to analyze global problems at the local level, guarantees a deep rooting of Legambiente in society and makes it the most widespread environmental organization in Italy, with 18 regional coordinations, 1000 local groups and 115.000 members and supporters. 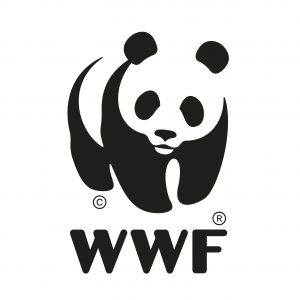 WWF North Africa is a non profit organization based in Tunis (Tunisia). It coordinates the activities of WWF Mediterranean in the North African region. It is constituted and registered as an Association according to Tunisian Law. Its offices are based in Tunis, with a branch in Casablanca, (Morocco) and a project office in Gabes, Tunisia. WWF North Africa mission is to stop the degradation of the natural environment and to build a future in which humans live in harmony with nature. WWF North Africa mission includes conserving wetlands, forests and marine ecosystems. WWF addresses its objectives by supporting sustainable fishing, responsible tourism, green and blue sustainable economies, marine protected areas and by promoting environmental education and awareness rising. WWF North Africa has implemented several projects with innovative conservation approaches focusing on integrated coastal zone management in the historical city of Ghar el Melh (Tunisia), Skikda (Algeria) and Nador (Morocco). WWF is also supporting the establishment and management of marine protected areas in Algeria and Tunisia by promoting sustainable tourism activities for the benefit of local populations like pesca-tourism, snorkelling, hiking etc. In the protected areas of north western Tunisia, WWF is supporting vulnerable communities in creation of green job start-ups. Fisherman are also among the target groups of WWF NA, and small scale fishers, including women, from the Gabes are currently being supported by trainings in revenue generating activities and sustainable fishing methods.